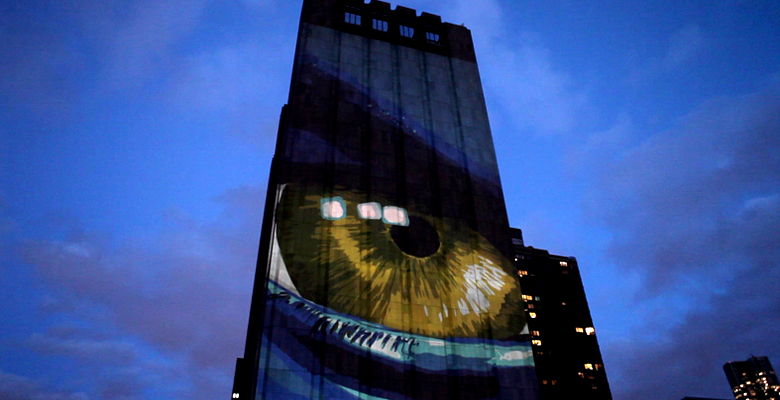 With the theme that great films are meant to be shared, Spinifex created a captivating video that was projected onto the 168 metre high AT&T Long Lines Building in New York. The three-minute video was an animated homage to cinema history: Muybridge’s racing horses, ‘King Kong’ swatting airplanes from atop the Empire State Building; gears forming the face of Charlie Chaplin in ‘Modern Times’; the winding Yellow Brick Road of ‘The Wizard of Oz’; little Danny pedaling across the patterned hotel hallway carpet in ‘The Shining’; and ‘ET’ silhouetted against a full moon.

The video projection also invited New Yorkers to cast their votes via Twitter hashtag #FilmForAll for the one film every New Yorker should see. Selected voters were invited to have their avatars integrated in the building projection, proving that every New Yorker has the makings of a movie star.