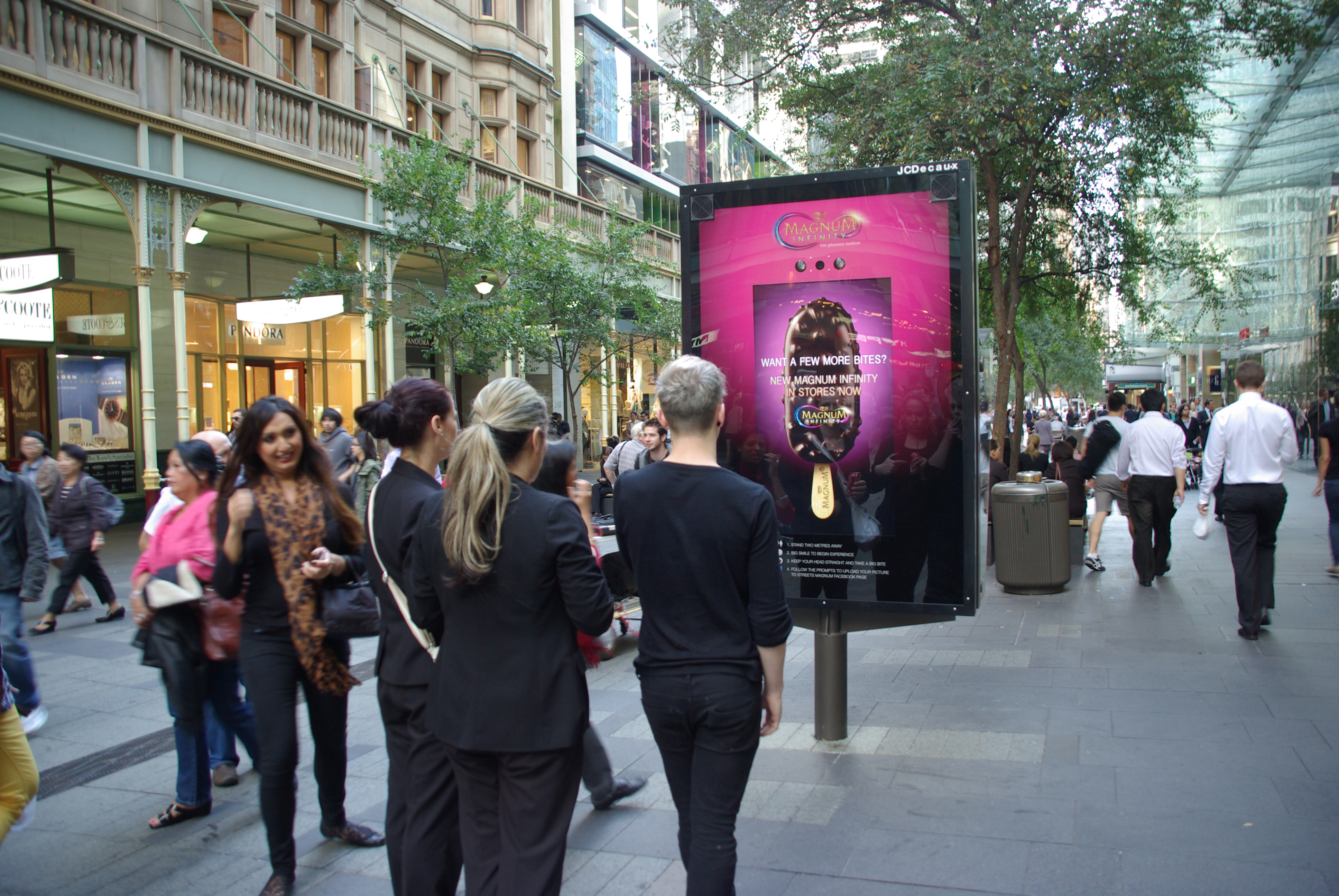 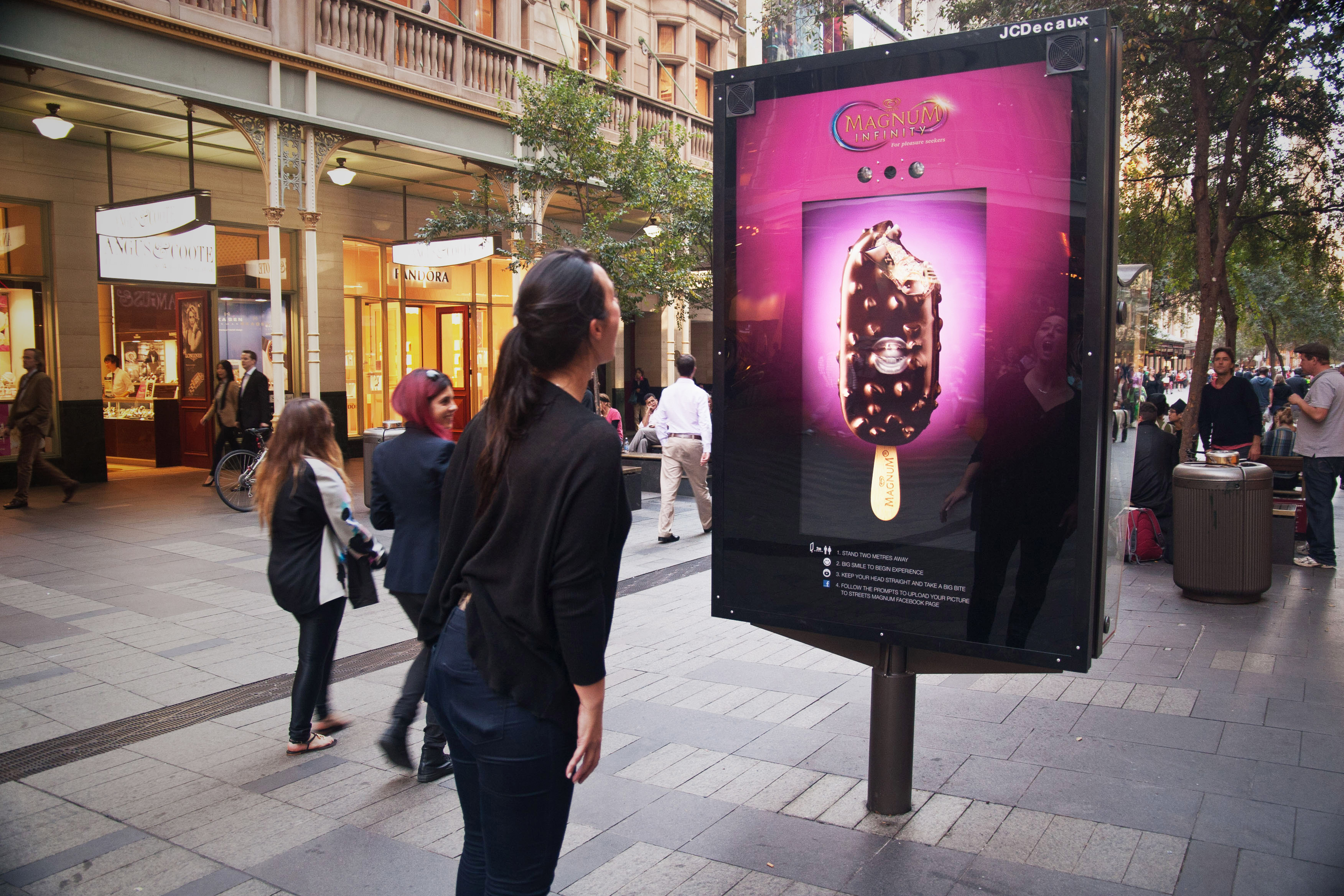 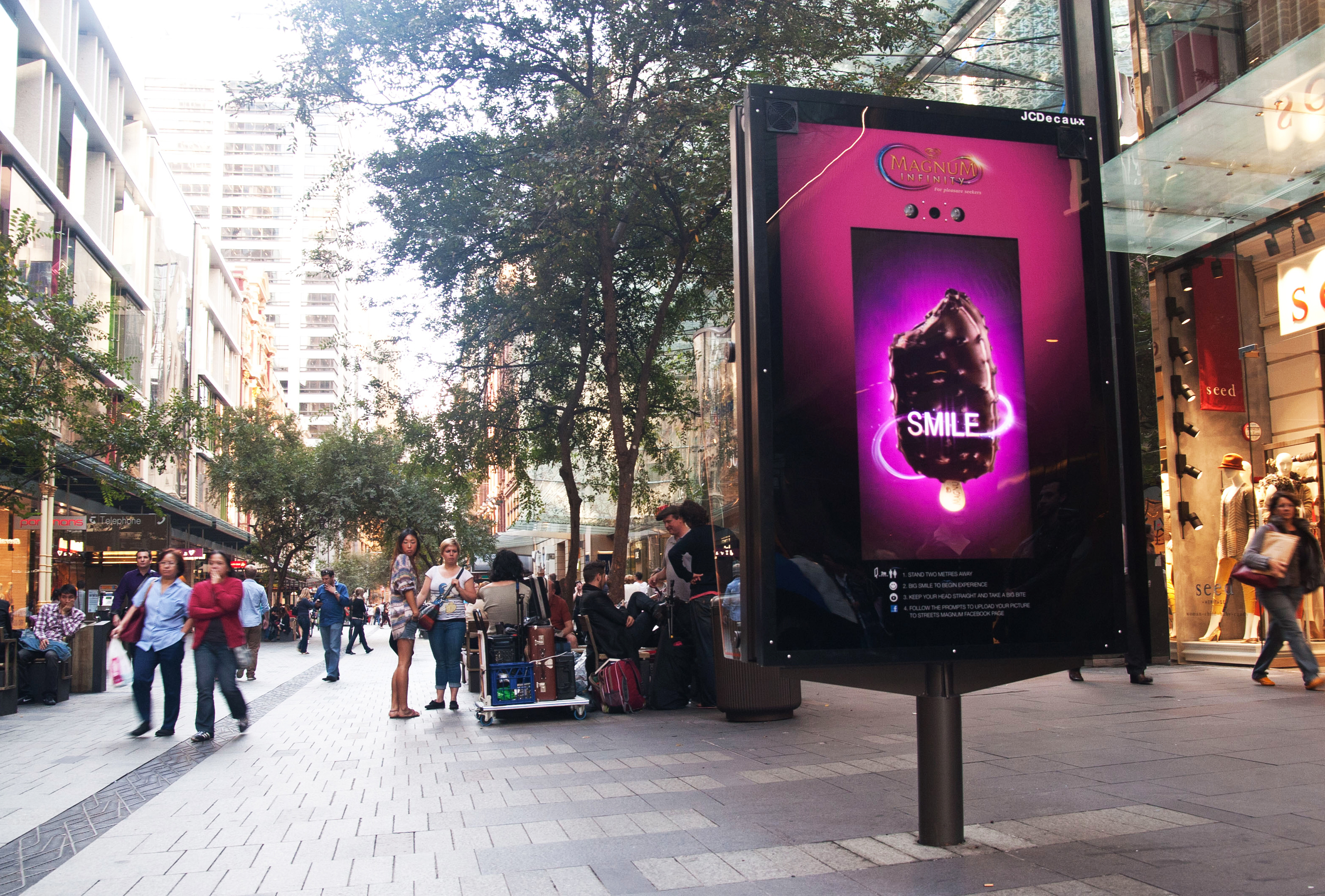 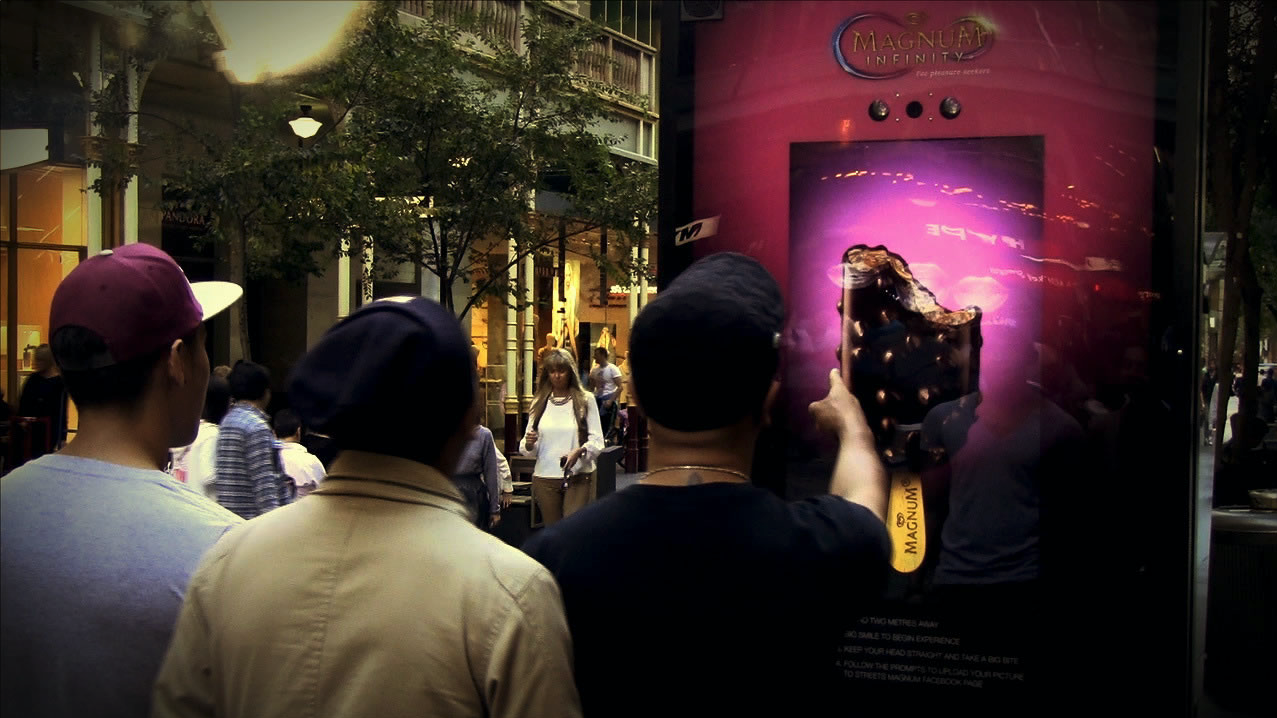 Spinifex in partnership with Streets Magnum and JCDecaux launched Australia’s first facial recognition interactive billboard. Passersby engaged with the billboards located in high-traffic areas in Sydney, Melbourne, and Brisbane and virtually ate a whole Magnum! The interactive campaign recognised and responded to facial motion. After smiling to activate, the user would bite the Magnum Infinity on the billboard, triggering the internal camera to register the mouth movements and imitate it by biting the on-screen ice cream. The user could then upload their photo from a uniquely created QR code directly to Magnum’s Facebook page.