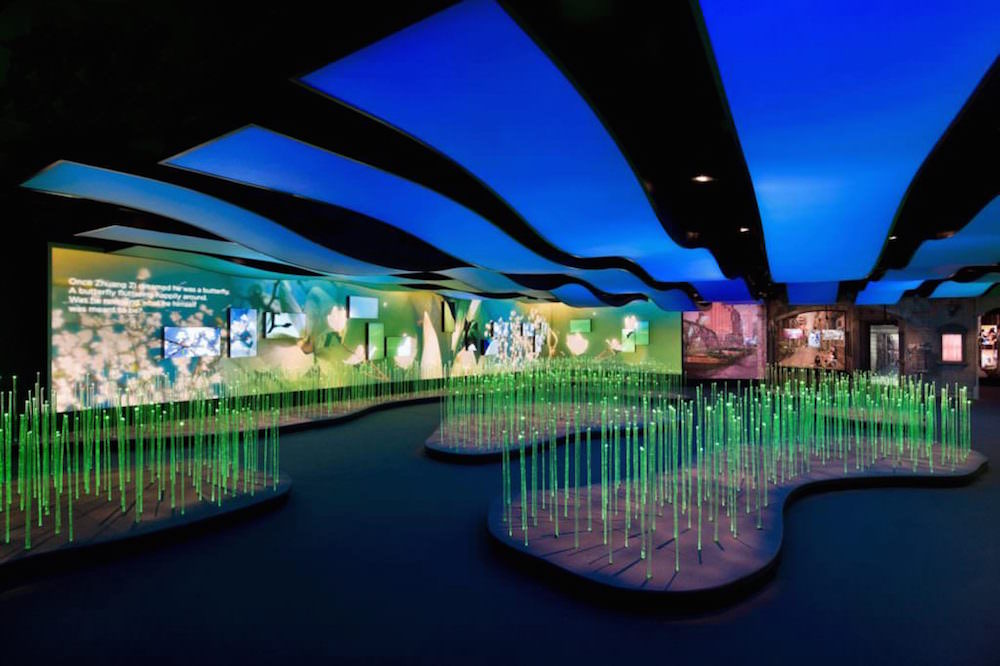 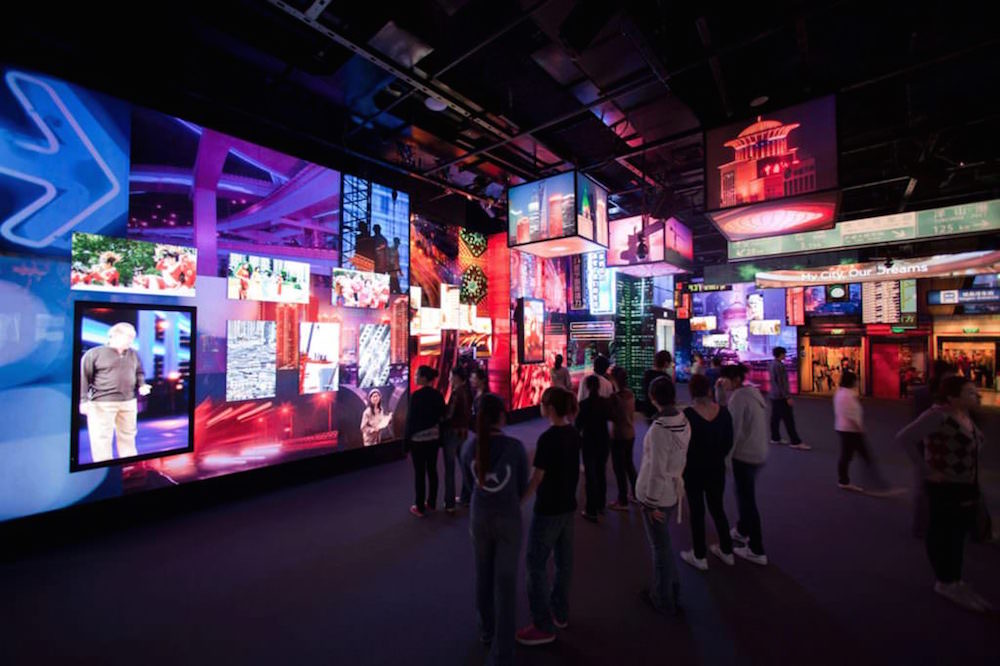 Bringing seasons to life across all surfaces within a large interactive cube at Shanghai Expo. LED wall projection, poles and light boxes, a film captured on a 360 degree rig and projected onto a 360 degree screen.

Silver
in the 2010
design awards

An international team of specialists came together to create one of the most complex, challenging structures ever built for a World Expo. As media producer, Spinifex was commissioned to design and produce every piece of media that appeared on any surface throughout the pavilion. There were four main areas that formed the building: the Exterior, the Queue, the Path and the Theatre.

“The Dream Cube” was an interactive structure using the largest 3D LED matrix in the world, wrapped around and running through the Shanghai Corporate Pavilion. Spinifex created new systems in order to visualise and test the animations that were produced to bring to life the constantly changing exterior.

Spinifex designed and produced a variety of media to display across all surfaces throughout the Cube, including bringing to life the seasons and the flavours of Shanghai through a combination of projection onto LED walls, enhanced with interactive LED poles and lightboxes.

An amazing film portraying the many faces of Shanghai was shot on a bespoke 360 rig and projected onto a 360 degree screen.

Throughout the journey, the audience was engaged by the spirit of The Cube, a beautiful other-worldly presence, ensuring the audience was directed and encouraged to participate in the full building experience.