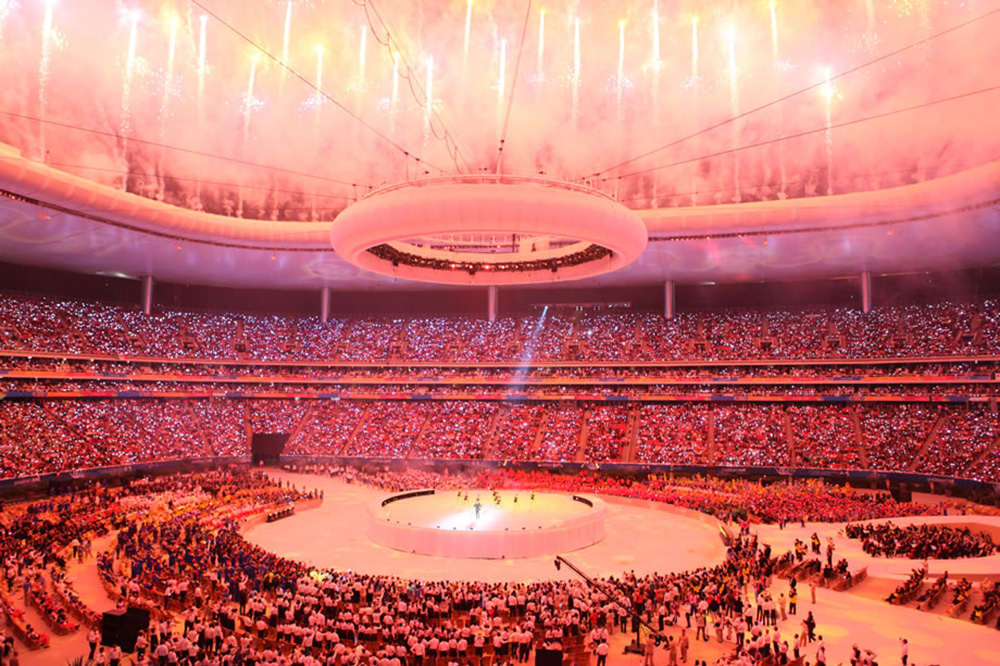 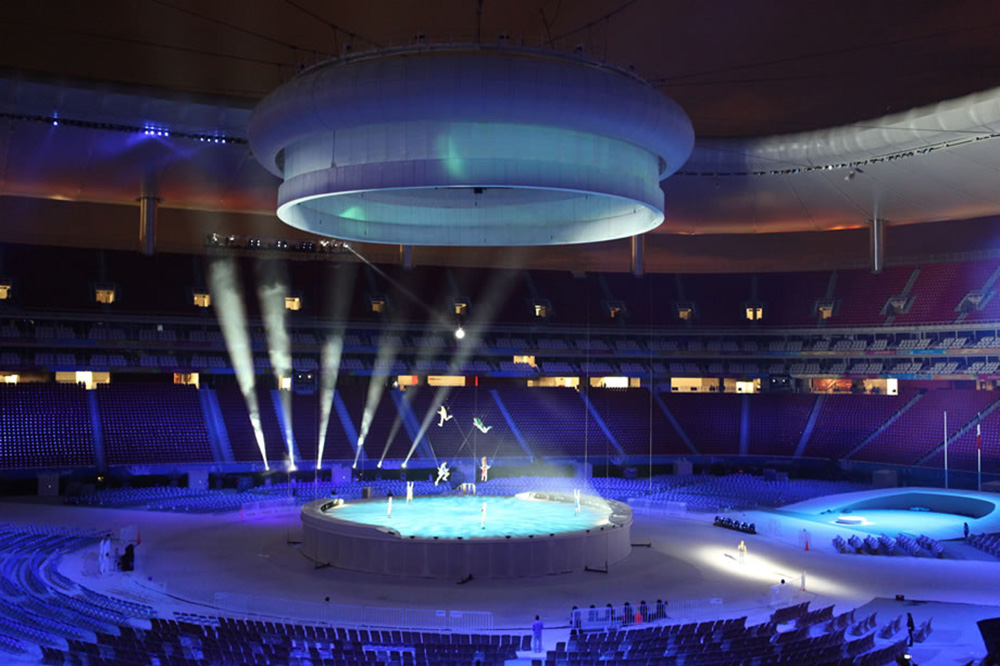 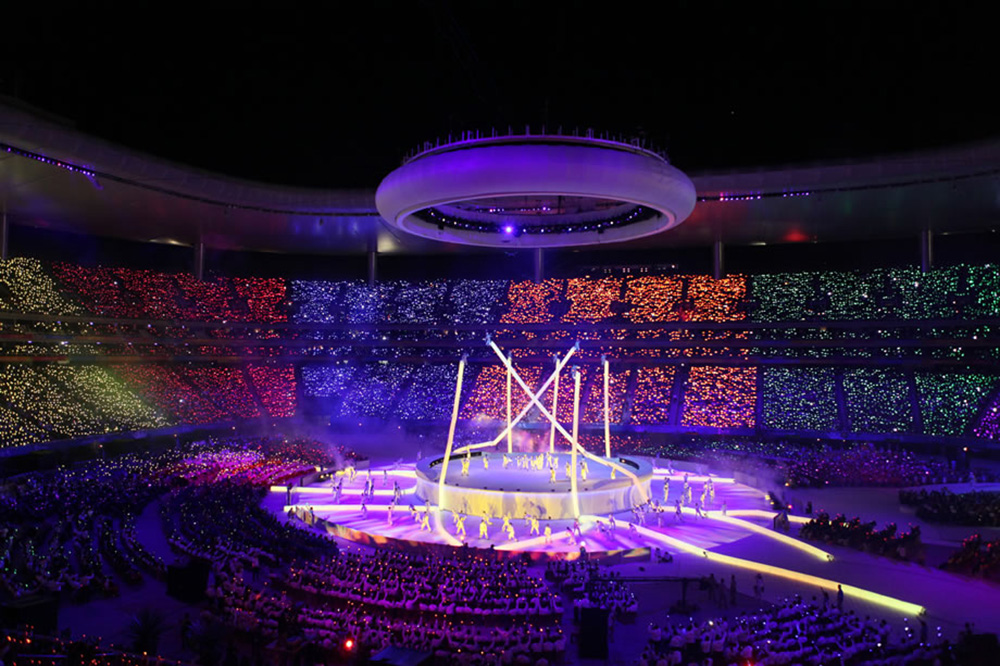 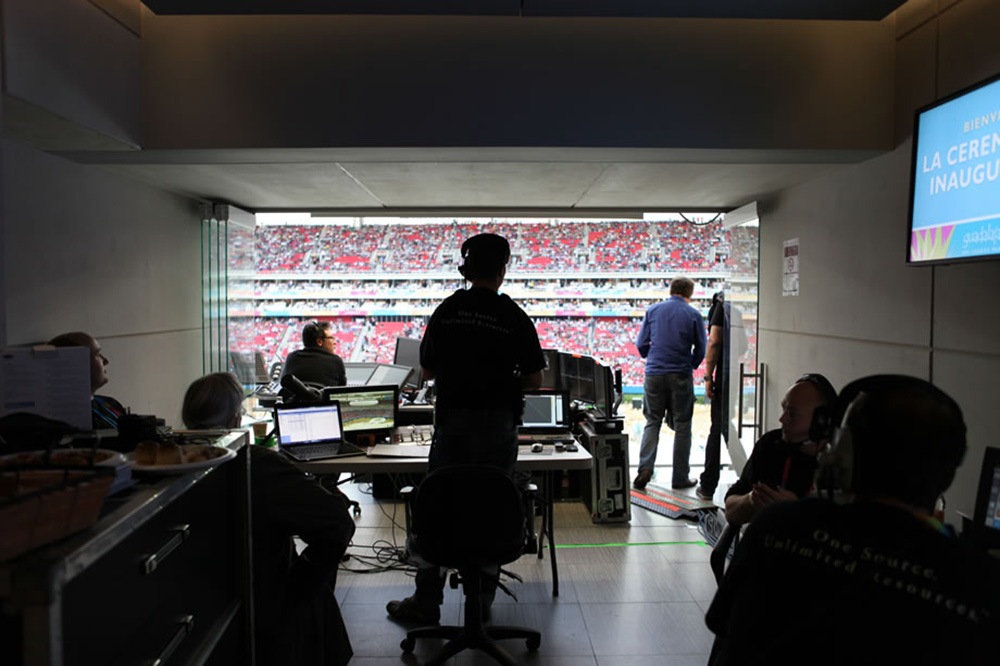 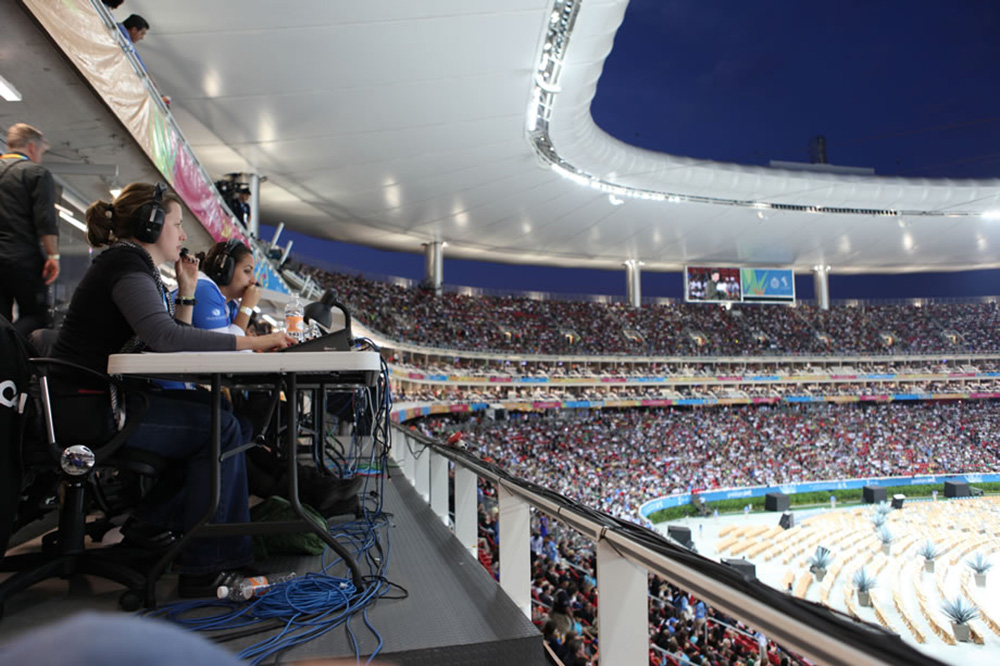 Colour and passion symbolising Mexico, projected on various screens including a 360° 'halo' screen for Opening and Closing Ceremonies at the 16th Pan American Games in Mexico, 2011.

The 16th Pan American Games were hosted by the city of Guadalajara, Mexico in 2011. The Opening and Closing Ceremonies were held at the Omnilife Stadium and Five Currents tasked Spinifex with creating the video content for projection onto a variety of screens including a huge 360° ‘halo’ screen.

The Opening and Closing Ceremonies embraced all the colour, passion, and vibrancy of Mexican culture. Spinifex worked closely with the ceremonies’ key creatives, choreographers, and technicians to create content for both ceremonies, including a real-time video tracking projection piece featuring 11 aerial performers; video content for Ricky Martin’s performance; and a tribute to Mexican artist Sergio Bustamante. Projection areas included the 50 metre diameter stadium floor and a 30m x 50m cylindrical screen suspended from the ceiling.