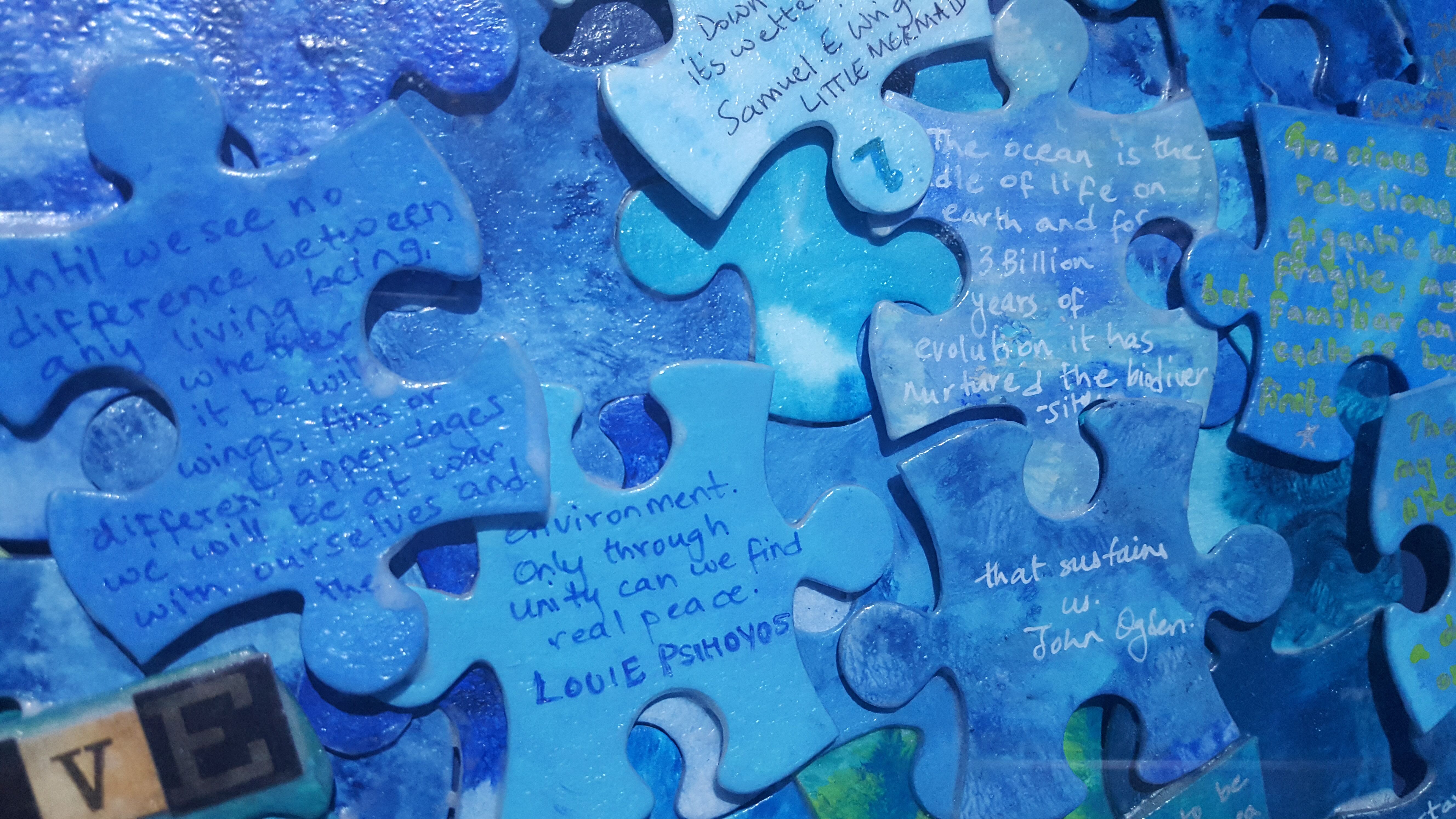 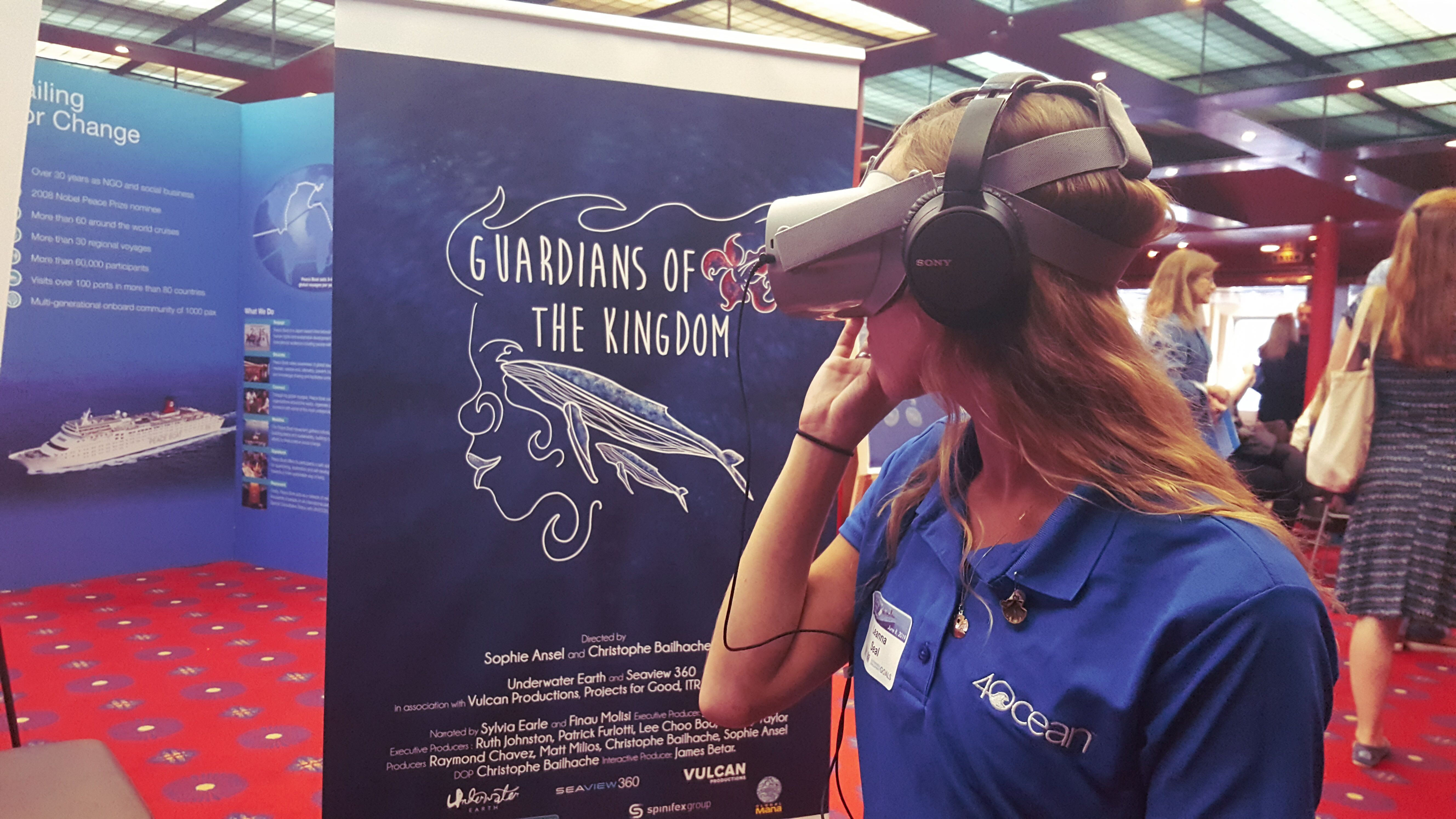 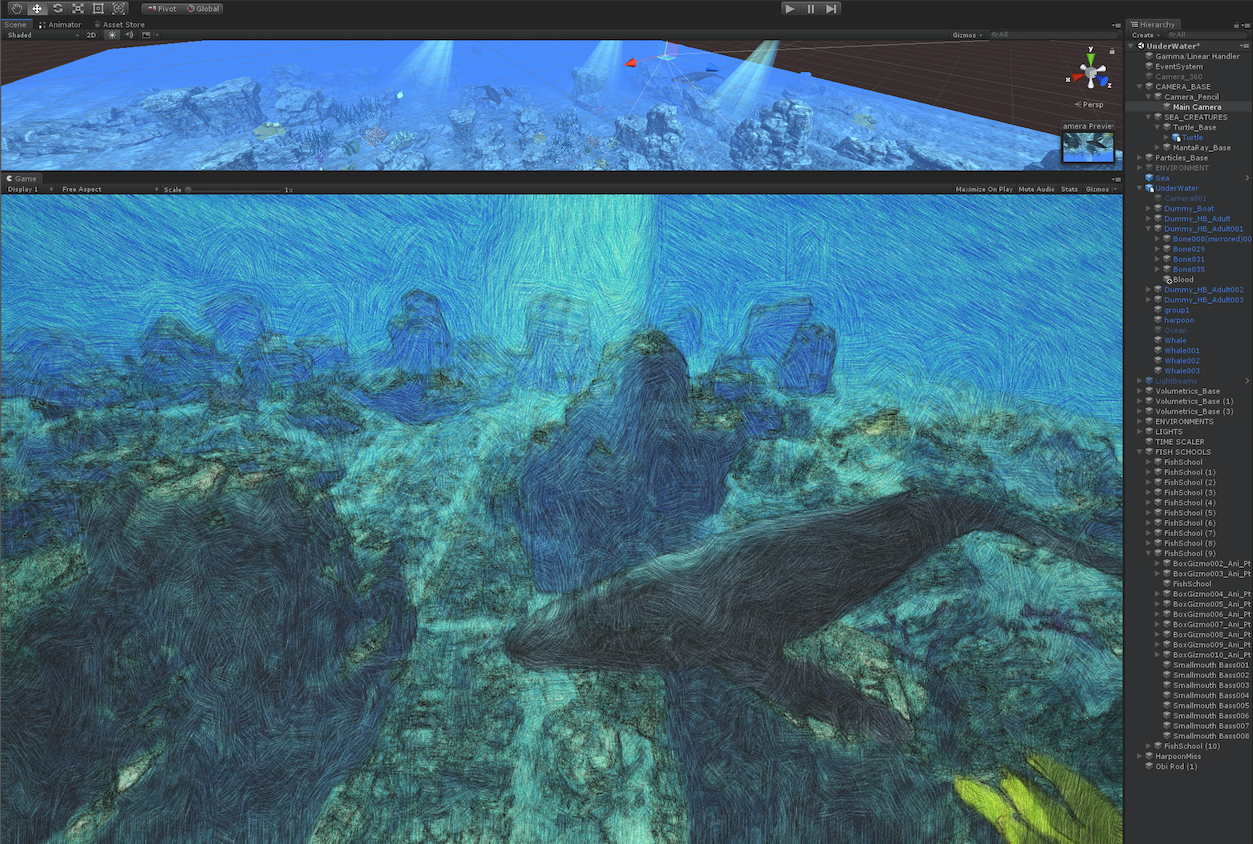 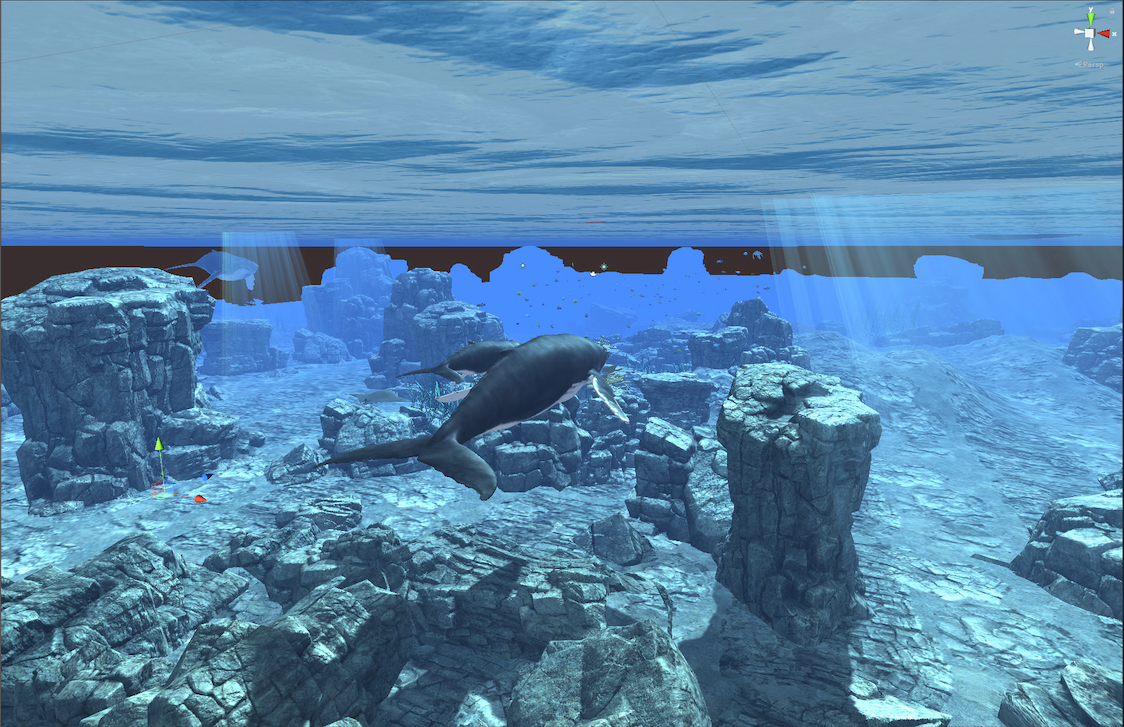 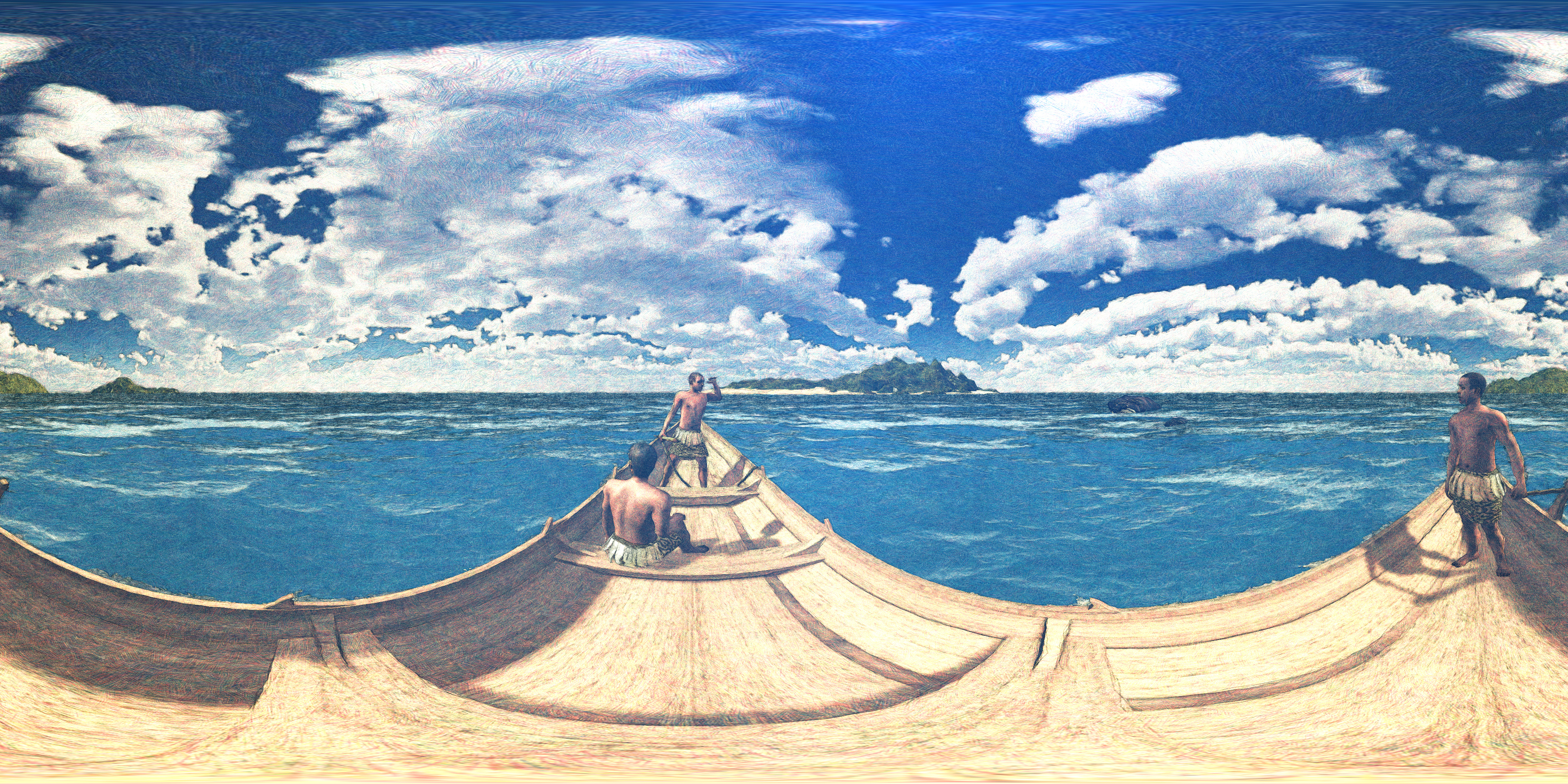 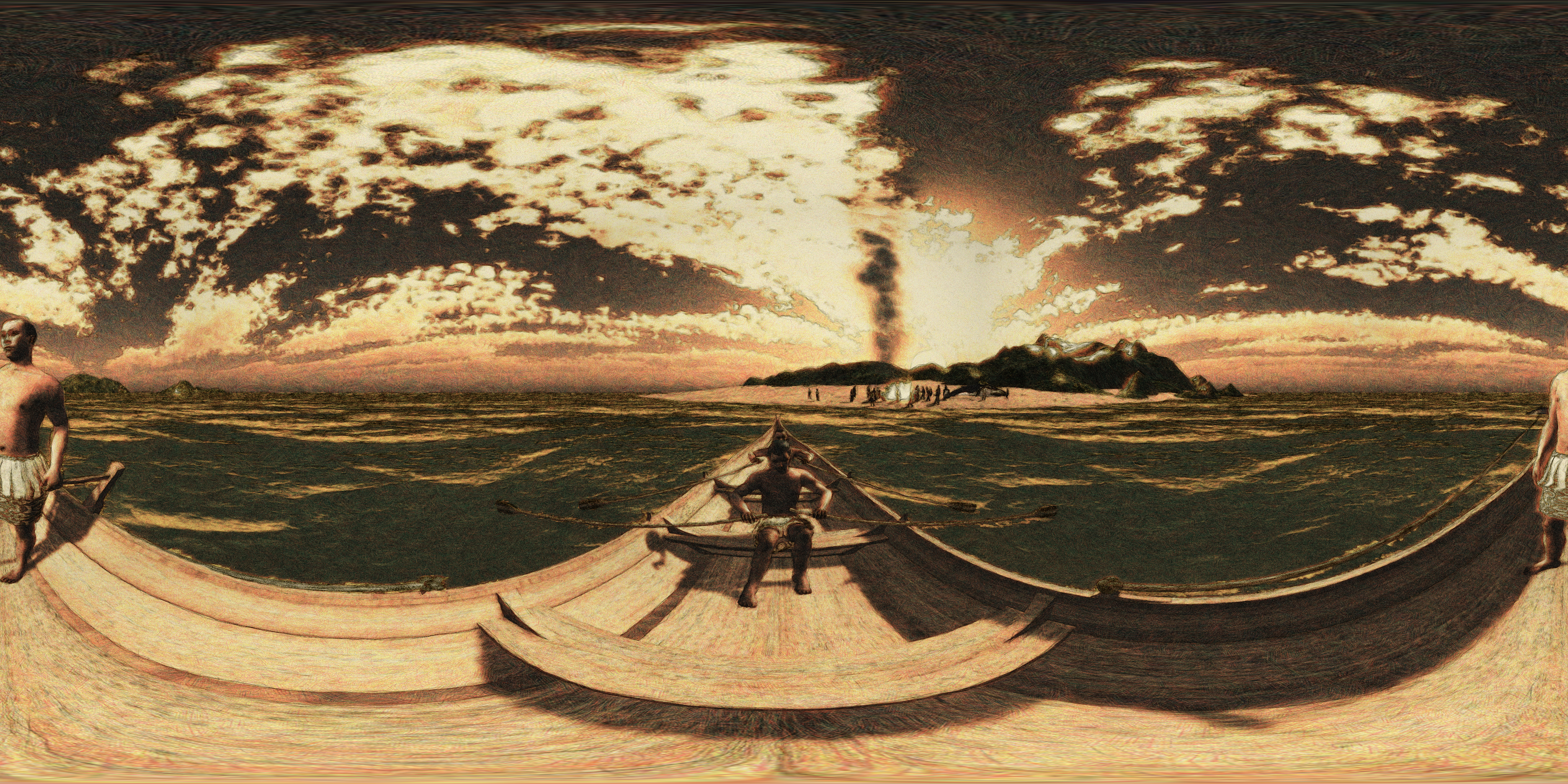 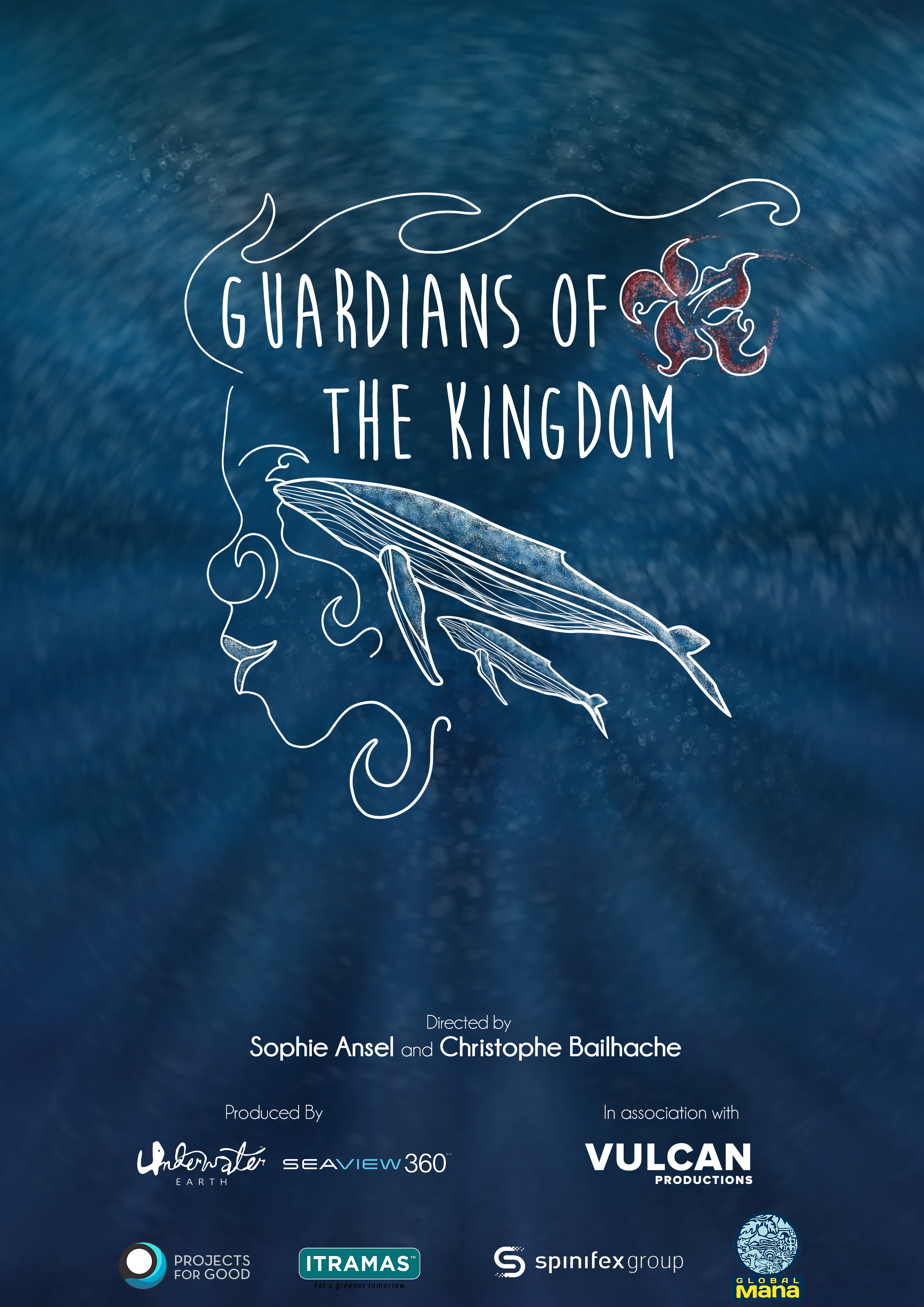 This immersive VR film with a purpose interweaves a traditional folk story of two mothers, one whale and one human – and the connection that binds them.

Director Sophie Ansel approached Spinifex to contribute to the immersive film, by creating and designing two scenes showing a hunting expedition from both the whale’s and the hunters’ perspective, furthering the exploration of the links between humans and whales. The films story is set in Tonga, and the stylised 360° animations depict a mother whale and her calf being hunted by whalers in times past. The journey describes how the peaceful welcoming ocean became a killing field for whales and how detrimental is was for their population. The narrative then continues to show the reconciliation between the whales and their hunters as we see the story from the hunters’ perspective.

The objective of this film is to empower communities and to build awareness of the oceanic conversation initiatives and the challenges associated with it. The film makers wanted to create an immersive and intimate experience so that the events of the story built empathy and resonated with them. By showing a hunting expedition from both the whale’s and the hunters’ perspective with bespoke animated worlds, it furthered the demonstration of the close connection between people, the ocean and the wildlife within and how interwoven they all are. Spinifex needed to portray the events with enough significance, while not teetering into the morbid world of death was a creative challenge. However the unique visual treatment of the animation, and the very personal stories being told achieved this and enriched the film as a whole, adding to the core concepts of the story. It was a selected film at Cannes XR.