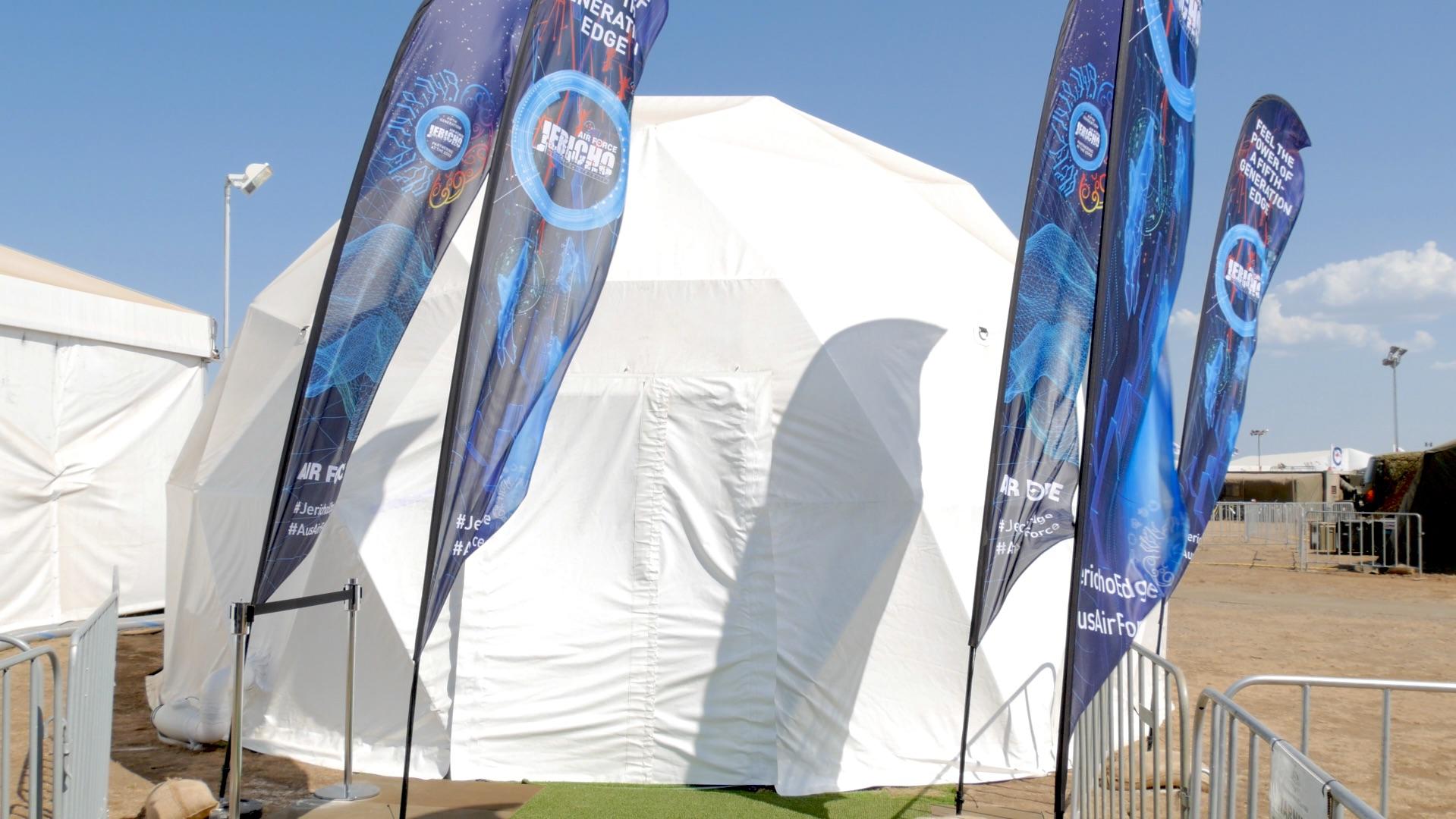 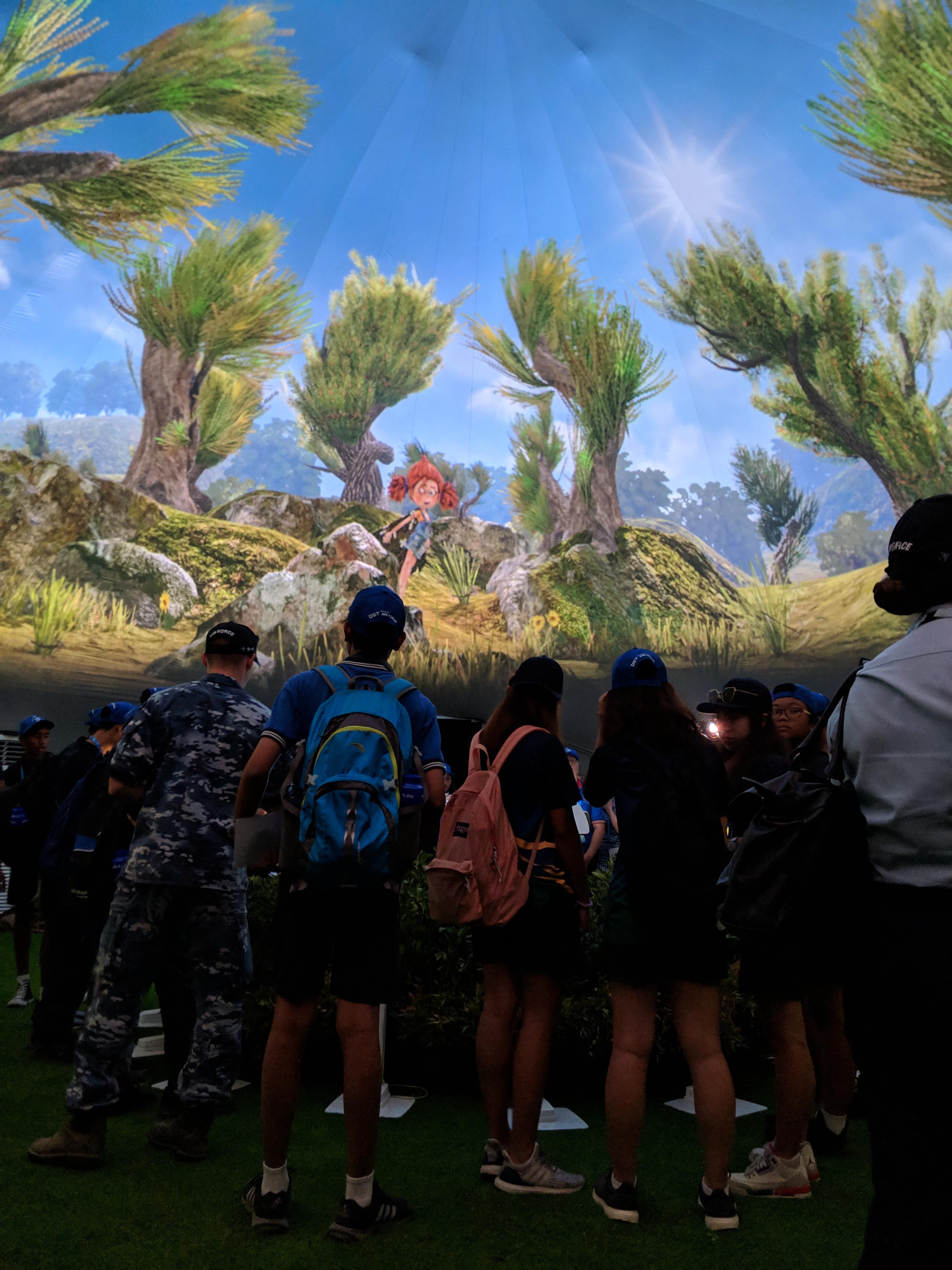 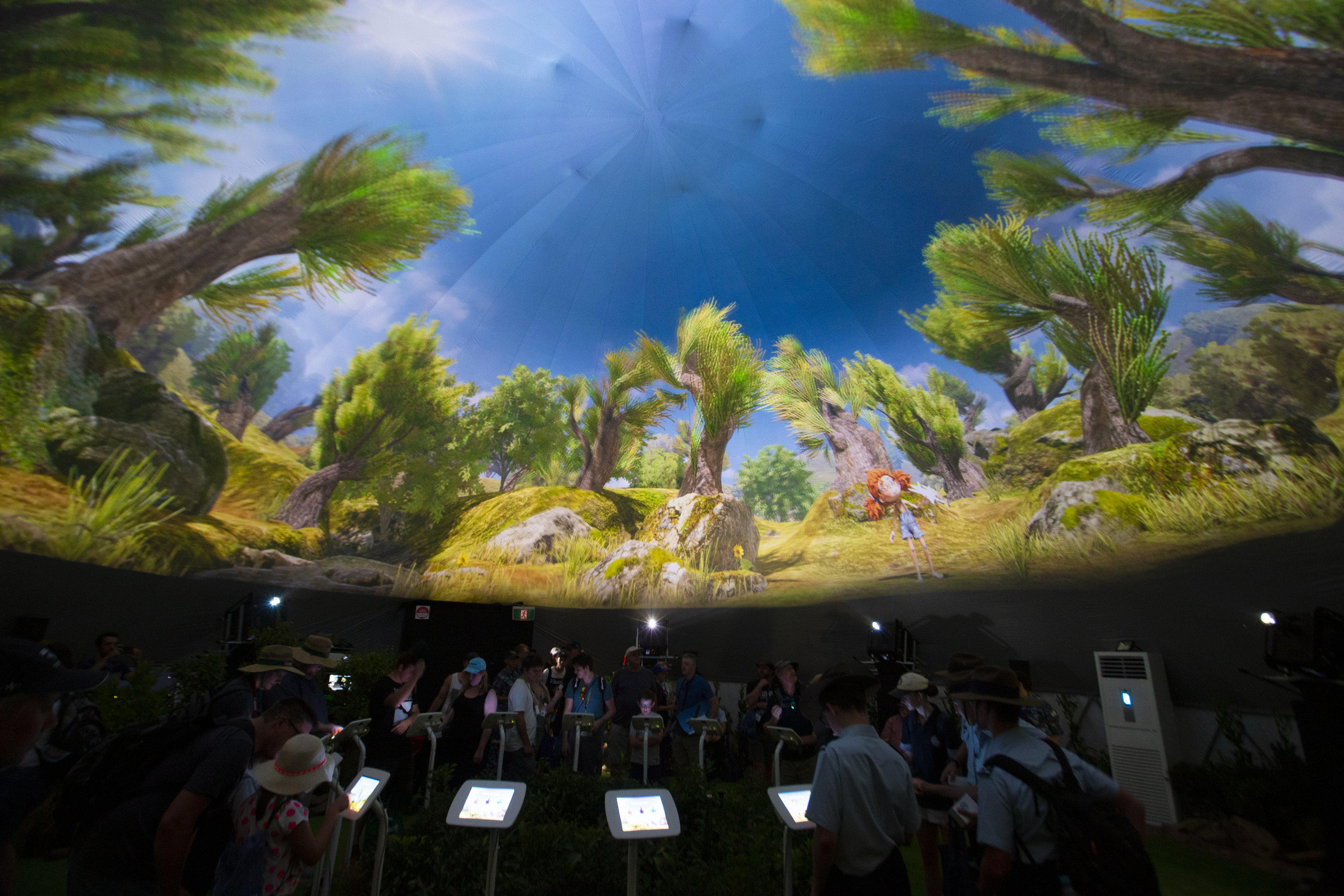 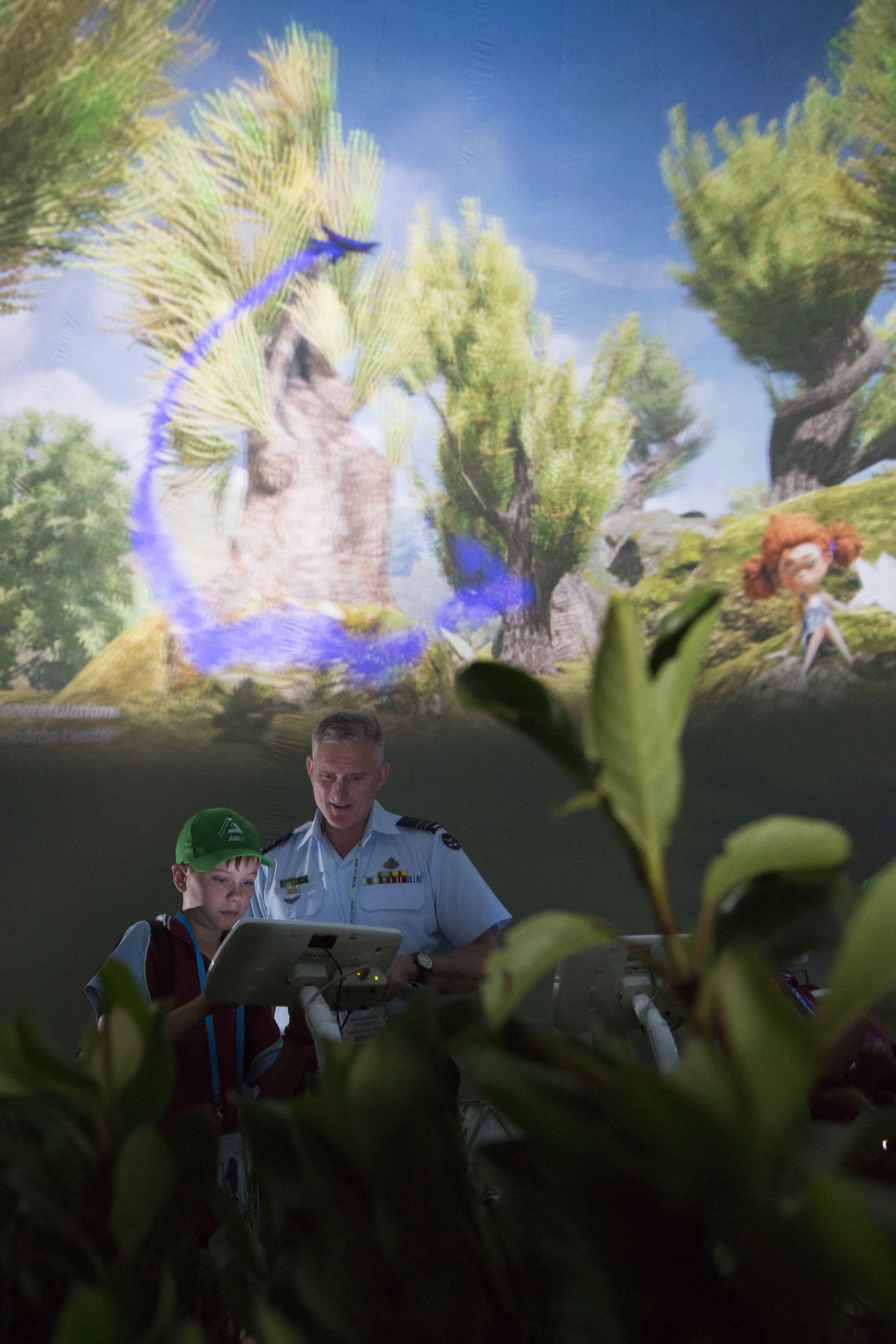 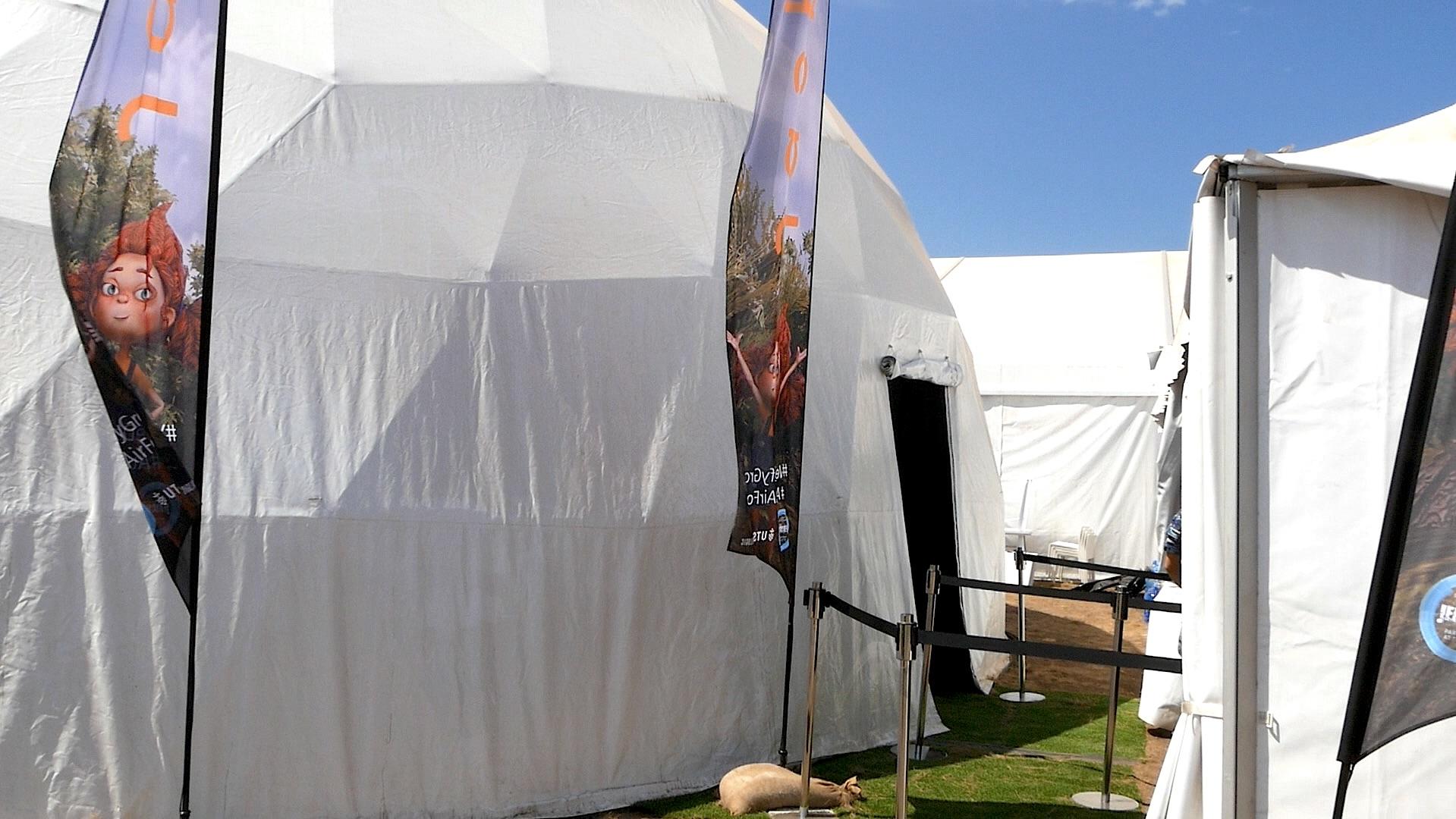 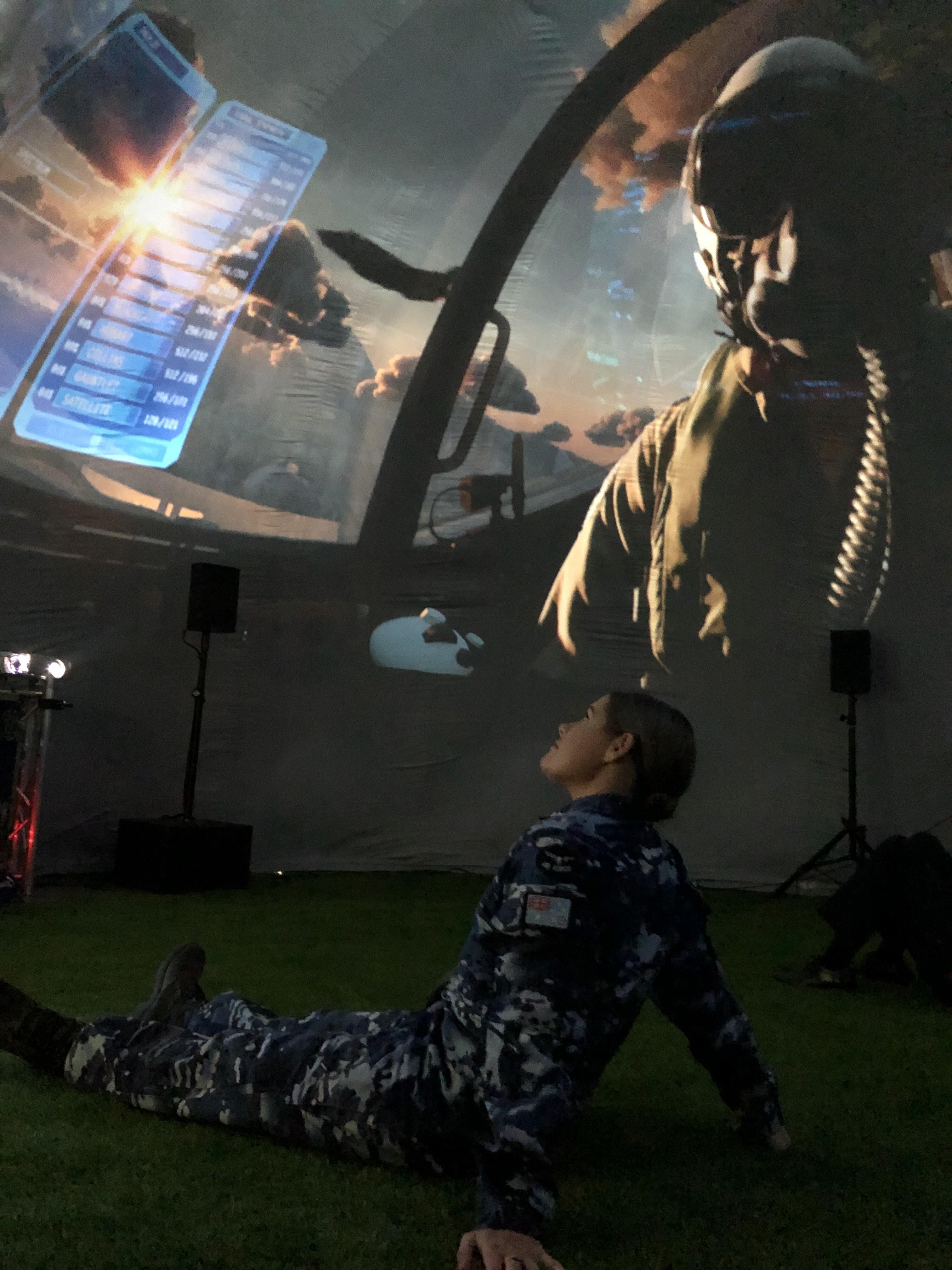 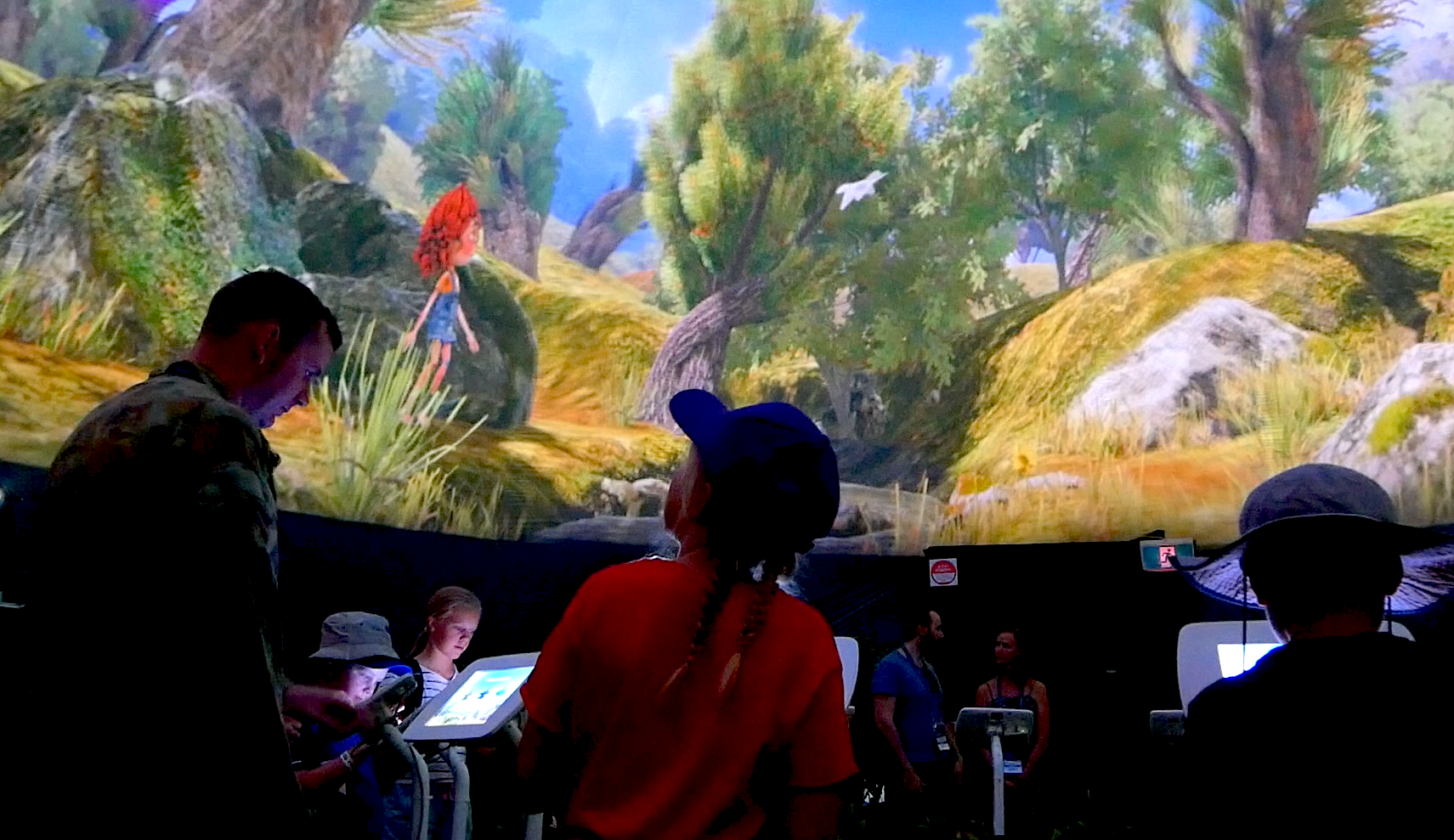 Two Dome installations were the central focus point of the Plan Jericho Stem area at the Avalon Air Show 2019. The 15m dome told the story of a young girl who wants to fly and was the largest projection dome seen in Australia, made interactive through a series of touch tablets. The 8m dome told the story of Plan Jericho- the technology creating our 5th Generation defence force.

Spinifex created two immersive activations for the Avalon Airshow 2019 which utilised 360 Dome projection technology. The 15m Jasper dome was Australia’s largest negative-pressure dome projection screen- built especially for Avalon. This dome featured the character of Jasper, an animated little girl which the Air Force had already created and is using to get girls interested in STEM. The brief was to bring to life Jasper in a way that would allow large groups of children to experience the same thrill of flight as Jasper shows. Samara Kitchener from House of Kitch decided that a projection Dome could provide the framework for an immersive experience, especially if there was an additional layer of interactivity. Workshopping this idea with Samara, and four months later, we had a dome that featured 16 touch tablets that allowed the user to choose a jet design, customise it and then launch it into the projection on the Dome. The user was given feedback on how fast their jet had flown. The projection film featured Jasper running and playing through a stylised landscape while also stopping to interact wtih the jets being launched.

The second exhibit, the 5th Gen Edge Experience, delivered dramatic storytelling through a 360 projection within an 8m dome to demonstrate the power of RAAF’s transformation into a fifth-generation Air Force. Spinifex and WGCDR Chris McInnes created a three-chapter script where the same incident is seen from three different viewpoints, demonstrating how the incident would take place in current-state in comparison with how it would be addressed in a fifth-generation Air Force. Perspective and angles needed to be made to work for viewing from below. Understanding how to draw focus to the important story points while keeping the rest of the dome activated was critical to success and Spinifex used a combination of green screen filming, CG environments, 3D models and motion graphics overlay to create a dynamic, filmic view of each scene.